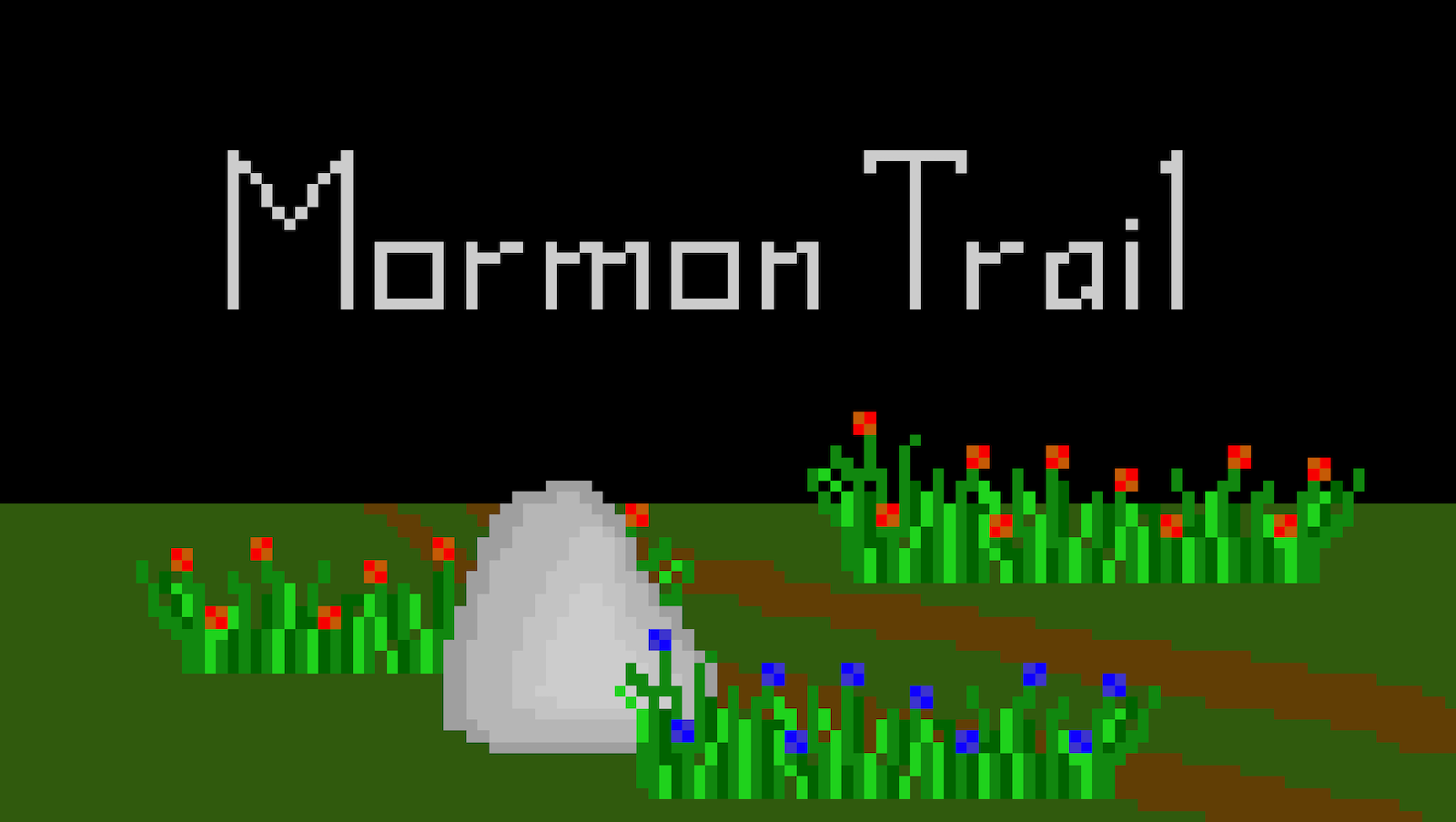 Do you have what it takes to be a Mormon pioneer?

Mormon Trail is a parody of The Oregon Trail, a popular game from the 80s. Rather than following the story of some generic westward trekkers like The Oregon Trail does, Mormon Trail follows the same path the Latter-day Saint pioneers took to Salt Lake City. Mormon Trail, unlike Oregon Trail, allows game players to start from one of three different locations: Illinois, New York, and England. The England route introduces a whole new aspect of the game not explored in The Oregon Trail: sea travel.

In addition to developing, marketing, and publishing the app, I also designed nearly all of the graphics for the game myself.

Mormon Trail is the first app I ever built (I started it when I was 14). It's undergone 3 complete code overhauls as my new education and experience made me read my old code and just cringe. I'm quite happy with how it's turned out in the years since I started programming. In a way, Mormon Trail has been a record of the programming I've learned over time.